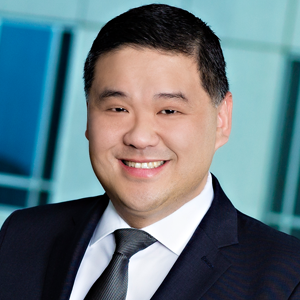 Simple easy, and efficient: Citrix XenDesktop promises a flexible, mobile computing experience for end users, as well as consolidated management for IT Departments. Too often, however, Citrix XenDesktop deployments are plagued by sluggish and unpredictable desktop performance that can cause frustrations across the enterprise. There are at least three key advantages when Citrix XenDesktop is deployed in a hyperconverged environment. This disruptive technology first came to market less than a decade ago and the IT infrastructure landscape has never looked the same. Today, emerging companies such as Nutanix and SimpliVity are considered leading providers of this technology, whereas other large enterprise players such as HP, Dell EMC, and Cisco are barely keeping up.

The idea that a hyperconverged infrastructure makes things simple is easy to grasp. The traditional storage array network (SAN), separate compute nodes, and switching components created unnecessary complexity that most enterprises struggled, but contended with. In other words, the more hardware there was, the higher the probability of equipment breaking or malfunctioning. With hyperconvergence, the amount of equipment in the infrastructure is reduced, eliminating performance degradation related to IOPS (input/output per second), amongst other issues commonly encountered in a Citrix XenDesktop deployment with legacy infrastructure.

Before switching over to a hyperconverged infrastructure in 2012, our environment was frequented with boot storms as end users attempted to access their systems in the morning to start their day. This, and other performance related issues, led to a lot of finger pointing with the server team blaming the networking team, which in turn laid the blame on the storage team. Hyperconvergence rids us of these headaches by eliminating separate servers and storage; each component with its own license agreement, renewal cycle, support contract, and management interface. The SimpliVity solution also eliminates the need for a separate backup solution.

​Combining the agility of Citrix XenDesktop and hyperconvergence delivers a Simple, Easy, and Efficient technology enterprise

Managing and deploying a hyperconverged infrastructure is surprisingly easy. A single interface is used to administer your storage and compute environment. The SimpliVity solution even combines a data backup feature in the same management interface as part of their offering. As businesses expand and grow, the technology infrastructure must be able to follow suit. Citrix XenDesktop makes it easy to deploy desktops as needed, but it can only be expanded as far as the back-end infrastructure will allow. Complementing VDI with a hyperconverged solution will make it easy for enterprises to add resources needed to accommodate the ever increasing needs of the business. In addition, it is easier to physically install the hardware for a hyperconverged solution that reduces deployment times.

It’s Efficient With VDI improving the efficiency of the Desktop infrastructure the hyperconverged data center will reduce the amount of time needed to expand your infrastructure making the IT Department even more efficient. Our company, First Foundation, is experiencing exponential growth which puts a strain on our traditional infrastructure. The hyperconverged infrastructure solves these issues because it provides an environment that can efficiently grow and expand quickly. The overall result is that capacity issues are eliminated and the overall performance – improved.

As companies expand more and more jobs are added, which makes it natural to grow the IT department as well, but the efficiency created by having Citrix Xendesktop with a hyperconverged infrastructure allows for better hiring process management in the IT Department. The hyperconverged architecture uses less hardware which also reduces the amount of rack space needed in the data center thus eliminating the need for roles that is involved in the upkeep of the IT infrastructure. This frees up the IT budget to bring in talent that focuses on the development and maintenance of applications that helps drive the core business initiatives.

However, even with every advantage mentioned above, and even those not mentioned, there are also some negatives. There are negatives that exist with the introduction and implementation of any new technology solution and hyperconverged solutions are no different. The hyperconverged infrastructure disrupts the traditional IT organization/structure. The need for more elaborate specialists goes away due to the fact that you aren’t managing several components. Both of those changes in the IT department spark the potential for layoffs and can rid the need for a certain type of technology specialists in the market place. Additionally, although it is a positive that we reduce our carbon footprint by using less rack space for servers and storage, we also reduce the amount of space needed in the data center. This causes a different, but still negative type of loss for the data center providers.

Innovating The Single-Family Leasing Industry To Simplify The Home

How Technology Fuels The Future Of Work