Bringing Mobility and Agility to the Distributed Workforces

Bringing Mobility and Agility to the Distributed Workforces 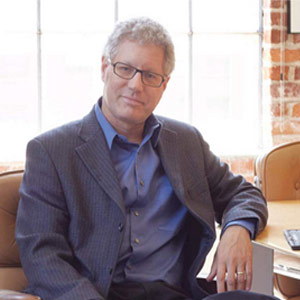 As a global design firm, Gensler has struggled to create a technology infrastructure that supports easy collaboration, fast access to data, and employee mobility. Unlike normal office automation tools like MS Word and Excel that ask little of today’s PCs, architectural design tools require large local memory, fast shared storage, and significant computational resources for each user. In a typical design firm, this means a large network attached storage system, high speed local area networks, print servers, domain controllers, and associated operational infrastructure. Large demands on our PCs meant that small, light laptops just can’t cut it. Users have had to carry bulky and heavy laptops or use large tower workstations. Mobility at Gensler meant wheeling your phonebook-sized laptop around the airport, and plugging it in after 20 minutes on battery.

Yet, even with these tools, us­ers were held hos­tage by slow data transfer speeds caused by moving very large files across global networks. Com­pared to European and Asian markets, very high speed network links are less available and more expensive in the North and South Amer­ican markets. This significantly reduced file transfer speeds in these offices. But even when high speed connections are avail­able, the reality of network propagation delay and the use of chatty LAN protocols slow file transfers to a crawl.

Recently, however, two new technologies have emerged that promise to resolve the two intractable problems of mobility and network performance. The first, is NVidia virtual GPU technology, called GRID, and second is the distributed cloud storage technology from Panzura.

In 2014 Gensler began deploying NVidia GRID cards on a Citrix VDI platform in its two North American data centers. The GRID cards provide GPU resources to virtual PCs running on large servers. Servers in each data center are connected to very high speed SSD storage, Internet, and WAN connections. This provides the capability to run workstation- class graphics on the VDIs, such as spinning a 3D model in real-time. The performance of a quad-processor, 32GB VDI instance is virtually identical to an entry-level workstation PC or workstation class laptop.

The benefits of this approach are significant. For the first-time, employees can use lightweight tablets and laptops to do work. Or, they can simply use their home PC or iPad, leaving their computer back at the office. Offices need less technology infrastructure, have higher security, and reduce file transfer traffic because the data is in the data center. Access to graphics applications and data can also now be provided to business partners, significantly increasing productivity, while reducing errors and schedules. Most importantly, Gensler can put people on the ground almost anywhere in the globe and have them working in near real-real time with just a few laptops, a Wi-Fi access point, and Internet.

Of course, ripping out our entire installed base and replacing it with Citrix is expensive, and frankly not financially realistic in the near-term. This is where Panzura is filling in the holes of our legacy technology. A Panzura is a physical or virtual appliance that front-ends a bucket of data in a cloud storage provider such as Amazon S3 or Microsoft Azure.

Panzura does three things that were extremely difficult to pull off in the past. First, it solves the file transfer problem in a different way than Citrix. It allows copies of data to reside in multiple local offices at the same time. Rather than moving files between sites, a single copy of the file is located in the cloud. Remote users open and save files in their offices like they do normally, because to them, the Panzura is just another file server. Only changed blocks are moved up and down from the cloud, and record locks are maintained in the master copy of the data in the cloud. Put it all together, and you have a system which allows multiple users in multiple sites to have local copies of files, with the record locks transparently handled by the Panzura across sites.

Panzura also solves the problem of continual storage growth. Like other cloud storage devices, rather than dealing with disruptive and costly SAN disk shelf and controller expansions, the

Panzura appliance transparently ages old data out of the cache while maintaining it in the cloud where it is backed up and replicated across regions. All data is shown as locally available, but old data simply takes slightly longer to open from the appliance as it is copied from the cloud to the local cache.

Citrix and Panzura complement each other, since data buckets from legacy offices can be presented up with LAN speed in the data center. Users of the private Citrix cloud VDI services access files from local offices, and vice-versa. In the case of weather or other disaster, all data in the regional offices are available in the data center to Citrix users. If they can’t get to the office, they can simply head down to a local Starbucks, fire up their laptop, and get back to work, or do so right at the breakfast table (as long as they have a device and Internet).

The two technologies of Panzura and Citrix have vastly improved the ability of mid-sized organizations with graphics-intensive applications and large data sets to bring mobility and agility to their distributed workforces. Some thirty years ago I started my career as the PC moved processing and storage out of data centers and mainframes. Now, what’s old is new again, as cloud storage and graphics-enabled VDIs allow the centralization of operations back into data centers, while providing the mobility and graphics performance that users demand.

Challenges Over The Past 18 Months

Security Architecture In Theory And In Practice: Why Security Should...

How Wi-Fi 6 Will Seamlessly Integrate With 5g