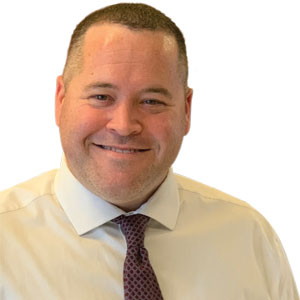 Citrix has been a core technology at Kelsey-Seybold Clinic since the early 2000s and as the technology landscape has evolved, so has our dependence on various Citrix technologies. The initial deployment was only for a few small applications that were published to remote users as one of several approaches to remote access. Leveraging published applications internally via Citrix also eased some burden of managing the deployment of applications to physical PCs as well.

It was the implementation of an electronic medical record system (Epic) that contributed to the expansive and broad use of Citrix XenApp and established the technology as the preferred application delivery method. Initially, the Epic deployment was mostly accessed via a fat client on physical workstations. But with each subsequent upgrade of the Epic client, the rollout schedule grew from an overnight exercise to days. This led Kelsey to a decision to “thin out” the Epic solution and leverage XenApp for delivery of the Hyperspace client wherever possible and where clinical workflow did not require a local ins tall. Citrix XenApp was becoming a very popular way to handle these common challenges and around the same time virtualization was becoming very popular as well. These two technologies in combination allowed the Epic application to be easily maintained and solved at least some of the issues with providing a very reliable EMR delivery to our staff. Soon the issue would turn to configuration management and as spinning up more XenApp VM’s for application delivery became easier with virtualization and server consolidation configuration sprawl became a real issue.

Around the same time, Citrix Provisioning Services and application layering was quickly becoming the way to handle these issues, allowing application hosting servers to be streamed from a single image with any changes lost when the host is rebooted. This allowed for any changes on the XenApp servers to be removed through a reboot and enforced strict compliance with testing changes before being moved into production.

In 2009 Kelsey-Seybold initiated a data center consolidation project into a Tier IV colocation facility. This move included a commitment to a highly virtualized and converged infrastructure approach. After an 18-month implementation, the emphasis turned to make improvements in the desktop infrastructure. Challenges were seen on the horizon for operational systems and Microsoft Office upgrades and it determined that migration to a virtual desktop environment would result in operational efficiency in maintaining desktops. With the ability to only need a fraction of the bandwidth per user thanks to the efficient streaming protocols used by Citrix, Kelsey-Seybold was able to provide a streamlined and optimized workspace for the clinical and business staff. This decision was validated when the annual hurricane threats from the Gulf threatened clinical and business operations. In the virtualized desktop world, the ability for staff to work from alternate locations and for administrative staff to work remotely served to minimize disruptions to patient care.

The combination of PVS and XenDesktop did not come without challenges; infrastructure servers and storage were a premium over endpoint desktop and laptop hardware. Flash was required for any real performing workloads to have any semblance of a satisfying end user experience. And growing business cases from departments was quickly growing out of control as PVS image changes were requiring a once simple design to become complicated again. Luckily there were new technology solutions emerging to solve these challenges.

The first was Atlantis ILIO, which is a virtual appliance that allows a part of a VM hosts RAM to be dedicated as a cache and dedupe entry point for any PVS targets virtualized on that same host. This allowed disk I/O performance to be reduced greatly, which was a huge bottleneck at the time. Another solution was profile management and image optimization through Ivanti / Appsense, this resolved a lot of the end user experience issues that came from using apps designed for persistent full client endpoints being run in a non-persistent virtualized environment. Application layering was another technology that allowed Kelsey-Seybold to maintain the efficiency offered by PVS and keep image sprawl down while still responding to business needs in the field.

Today Citrix has responded in a great way to these customer needs providing a PVS target RAM cache to handle slow writes which was a common bottleneck with performance. Utilizing an open source hypervisor with XenServer and baking in PVS optimizations into it like PVS host cache to cut down on PVS targets bandwidth usage to PVS servers was another brilliant move by Citrix to respond to customer needs. These moves from Citrix have allowed customers like Kelsey-Seybold to solve technological issues without having to purchase third party products.

Looking forward, Kelsey-Seybold is excited to what the future might hold. While the move to XenApp and XenDesktop might have had its growing pains in the early years, the technology advancements seen today validate that Kelsey-Seybold made the correct decision over a decade ago.