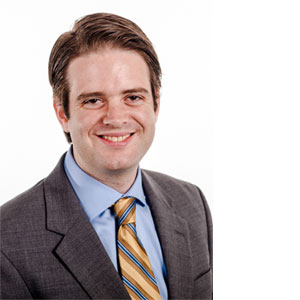 The Georgia Institute of Technology, also known as Georgia Tech, is one of the nation’s leading research universities. From its beginnings more than a century ago, Georgia Tech has established a tradition of excellence in technological research as well as education. The Institute stands among the top ranks of U.S. research universities, with a clear vision for leadership in providing cutting-edge technological education for the 21st century.

In an effort to meet the demands of a continually growing student population combined with ever-increasing technological advancements, desktop and app virtualization was introduced at Georgia Tech in 2007. Twelve years later, it is has become a critical backbone of the “lab” environment for students at the Institute.

Meeting our students where they are to provide them with the applications they need has had significant impact on our ability to matriculate the highest caliber of engineers and leading professionals. The days of rooms filled with large desktop computers that were needed to power advanced engineering applications like AutoCAD and Solidworks have given way to a sleeker, slimmer version where small thin clients provide connectivity to powerful computing resources housed in a nearby datacenter. Meanwhile, students can be at home or across the country and get the same user experience — connecting to the exact same powerful machine from a laptop or even a smartphone.

​Desktop and app virtualization was introduced at Georgia Tech in 2007. Twelve years later, it is has become a critical backbone of the “lab” environment for students at the Institute

Powered by Citrix, Georgia Tech’s virtual lab (VLab) environment is today managed within the Office of Information Technology (OIT). But the concept for desktop and app virtualization began in Georgia Tech’s College of Engineering. The first deployment was structured using a “condominium model, where several academic units invested in an infrastructure that would be able to support multiple technology stacks for virtual desktops,” according to Didier Contis, director of IT for the College of Engineering.

Success of the initial project was followed by various iterations of VLab deployments — expanding the app and desktop virtualization environment to other colleges across the Institute. Additionally, early adoption of GPU virtualization allowed Georgia Tech to offer access to graphics intensive software, includingcomputer-aided design and manufacturing software (CAD/CAM), well before many peer institutions.

The continued success and expansion culminated in a partnership between the College of Engineering and OIT to offer VLab, also commonly referred to as MyCloud, as a commodity service at Georgia Tech. This would streamline management of the environment and simplify IT operations while providing departmental IT units the flexibility of delivering the service as best needed to serve the faculty, staff, and students within their scope of responsibility. 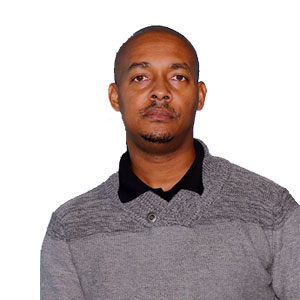 The virtualized environment powered through Citrix supports about 3,000 virtual machines and continues to expand. The ability to use advanced applications that require significant compute resources and dedicated graphics from any device or location at any time continues to enhance the student experience through increased access, mobility, and effective learning while allowing the Institute to reduce its physical device footprint and drive down costs.

Now, nearly all campus units leverage the service in one way or another, but it is most commonly used by students for the specialized software and hardware that is available to them. We see nearly 20,000 unique users per semester.

Faculty also use the services, primarily for developing courses, and some staff use MyCloud for their day-to-day operations while others leverage certain desktops and applications for specialized use.

Looking forward, we intend to try to optimize how we utilize the resources we have by taking advantage of the elasticity of public cloud resources. We are also moving forward with offering persistent and non-persistent virtual desktops for staff members as a more “packaged” service from central IT where departments can request “off-the-shelf” virtual machines for their staff members to use either remotely or via thin client. Additionally, we plan to provide “burstable” collections in the public cloud to address the needs of faculty and staff when campus may not be available by providing them with a desktop they can use to stay moderately productive.

Riding The Wave Of Digital Transformation: How Can Smaller Fi's Compete?

The 7 Tips For A Successful Master Data Migration And Ongoing Data...

Time For A Talent Reboot - Shifting From Management To Experience