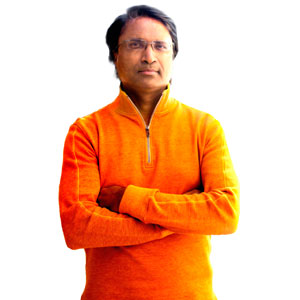 Sunil Potti, Chief Product & Development Officer It is that time of the day when the deepening twilight casts a glow. Sunil Potti’s business agenda for the day was far from over. The chief product and development officer of Nutanix [NASDAQ:NTNX], was in an engrossing discussion with a prospective customer, explaining their significance in a Citrix environment, when his phone rang. The voice at the other end was charged with a sense of urgency: “A key part of our core infrastructure, the SAN, is down. How fast can you get your gear to our place?” It was the director of IT whom Potti had met earlier that morning in Philadelphia.

This particular client of Nutanix was carrying out substantial amount of data transactions and order processing. They had also deployed virtual desktops for all internal users using Citrix XenDesktop, and traditional servers and SAN storage systems. Their environment was riddled by stability and manageability challenges associated with their existing storage stack and hypervisor. Potti, in his prior discussions, had already laid out the plan and delivery timelines for an infrastructure refresh in the coming months.

Even though things went south earlier than expected for the existing environment, Nutanix had the blueprint and was ready to tackle the challenge.

In one of Nutanix’s conferences a few months later, the Philadelphian client explained how Nutanix turned it around for them in a matter of days. Nutanix had replaced traditional server blades and SAN storage in their existing Citrix XenDesktop deployment. The instability issues and unplanned outages experienced due to a competitor’s hypervisor were effectively silenced by the Nutanix included hypervisor, AHV. Thanks to the capabilities of Prism, the Nutanix management interface, they were able to simplify how they managed running all their applications, including XenDesktop. To top it off, in addition to the cost advantages of a small form factor, it only took a few minutes to deploy their images for provisioned desktops.

This is just one of the thousands of success stories from Nutanix. Nutanix is undoubtedly the perfect answer for an IT team that is contemplating a way to eliminate the high cost, risk, and variable performance of conventional solutions that hinder successful and quick virtual desktop infrastructure (VDI) deployments. The world’s most advanced enterprise data centers leverage Nutanix’s software-defined infrastructure that natively converges compute, storage, networking, and virtualization into a turnkey hyperconverged solution for next-generation enterprise computing, powering any application at any scale. “Nutanix software is simply an ‛invisible infrastructure’ supporting one click, multi apps, multi cloud,” states Potti.

Potti outlines the storyline that provides the backdrop to Nutanix’s winning streak. A radical transformation is sweeping across enterprises in the way IT and infrastructure are delivered and how businesses are consuming those services. The infrastructure that powers today’s applications is no longer restricted to the classic datacenter silos of compute, storage, and networking. Plus, the public cloud has permanently changed the perception of how IT should be delivered and there are also new demands for data collection and analysis at the edge.

We are en route to removing the boundaries between private, public, and distributed clouds for seamless application accessibility and performance

“When the worlds of cloud and consumerization come together, the way those applications and services are delivered has to change from the ground up,” states Potti. Weighing in, Potti reflects on how the new architecture should enable enterprises to spin a desktop or give mobile access on a laptop or an iPad on demand in just a few seconds, with a single click, and support thousands of users.

Having more than two decades of datacenter and networking experience and being a part of Citrix in the past, Potti understands the nuances of Citrix’s offering in the VDI segment. The overall application and desktop delivery paradigm that Citrix has heralded in the last decade was always a layer on top of classical infrastructure. Potti articulates the scenario as, “They were like two ships passing in the night.”

As a powerhouse of tech brilliance, how does Nutanix tackle this scenario? Potti draws an analogy between Nutanix and Apple. It is surprising to realize that a decade has passed since iPhone’s spectacular debut. Imagine the earlier scenario when a travel bag would include a host of devices such as the digital camera, music player, maps, and a laptop. When the iPhone arrived on the scene, all these functionalities were abstracted into software on a common operating system called iOS, named as apps and wrapped in an easy to use consumption model called the app store. “It also happened to make a phone call,” quips Potti.

“With the advent of the fundamental technology called hyperconverged infrastructure (HCI), a similar paradigm shift is happening in the enterprise datacenter space; the equivalent of iOS is our Enterprise Cloud OS software that leverages HCI,” explains Potti. In the Nutanix model, virtualized compute and storage were invisibly married as the first “app.” Public cloud providers innovate by adding new “apps” or services in a continuous model and the Nutanix software architecture enables a similar approach. “When desktop or application delivery is delivered on top of our Enterprise Cloud OS, it leads to a deep integration in a way that virtual apps are experienced as native apps delivered as a service.”

VDI was one of the sweet spots for hyperconverged architecture during its early stages and “the majority of our early installed base was VDI,” says Potti. The reason being: when VDI first came on the scene, the first great success was in the fact that infrastructure management could be centralized and the IT team could provision desktops and applications on demand in a secure way and easily scale as the environment changed. The legacy approach of separate compute, storage and networking silos added cost and complexity that was easily solved by a HCI-based enterprise cloud approach.

A rising tide of customers recognized the value of Nutanix in helping to solve the infrastructure challenges they faced optimally running Citrix XenApp and XenDesktop the way it had traditionally been done. Citrix and Nutanix worked together as strategic partners to verify Nutanix’s solutions as ‘Citrix Ready’ across a broad product portfolio including Citrix XenApp, Citrix XenDesktop, and Citrix Workspace Cloud.
Together the Nutanix Enterprise Cloud with the Citrix trio of XenApp, XenDesktop and Workspace Cloud deliver a fully supported software solution for application and desktop virtualization. The front-runners in the plethora of benefits are massive scalability, simplified operations, predictable performance, better availability and pay-as-you-grow economics for Citrix environments.

Nutanix’s value-add is achieved through three high-level integrations. Firstly, the Citrix stack has been certified to run on Nutanix’s native hypervisor, AHV, so that the overall solution cost doesn’t require the licensing cost of a third-party hypervisor. Secondly, because of the deep integrations that Nutanix has carried out with the management plane and the control plane with Citrix Machine Creation Services (MCS) and Provisioning Services (PVS), desktops can be provisioned on demand, in one click, from within Citrix’s management console. “Embodying this integration is Citrix workspace appliance where we extend the same functionality and architecture to the cloud,” says Potti. This future-proof design supports the hybrid cloud infrastructure where a customer can use Citrix cloud to spin up desktops to on-premise Nutanix clusters. Finally, Nutanix has added support for files services so home directories, user profiles, and departmental shares can be stored on the same infrastructure, further reducing silos.

In the new world of workspace and desktop delivery, Nutanix’s Cloud OS together with the Citrix stack, works as a cohesive element that is tightly integrated to offer economies of scale.

The core architecture of Nutanix manifests in many value-added offerings, the simplest being the turnkey solution that can quickly deliver 100 or 500 desktops at a cost-effective price point for a mid-market customer, which includes Windows, Citrix, and Nutanix licensing and scale to 10s of 1000s. As per Potti, though the Citrix software can be downloaded in minutes, it can take six weeks or more to get the infrastructure ready to deliver even a single desktop. Accelerating and simplifying the deployments is Nutanix InstantON VDI for Citrix, shrinking multiple weeks or months down to days if not hours.

Chasing product innovations, Potti draws attention to the term “One Click Hybrid.” As enterprises increasingly covet a homogenous view across private and public clouds, “they should be bestowed with the same flexibility to choose any delivery vehicle for their desktops, but without having to use two different tools.” The Nutanix and Citrix think-tanks are working together to make the consumption of workspaces and desktops seamless in a hybrid world.

"When the worlds of cloud and consumerization come together, the architecture pertaining to the delivery of applications and services has to change from the ground up"

A big part of the partnership is focused on taking the Enterprise Cloud OS from Nutanix, which today runs on general purpose hardware like Super Micro, Lenovo, Dell, Cisco, HP, and others, to run on Google, AWS, Microsoft and other clouds. “We are en route to removing the boundaries between private, public, and distributed clouds for seamless application accessibility and performance,” says Potti. 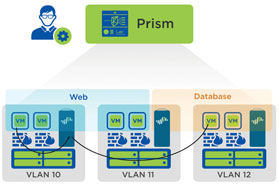 At the end of it all, Nutanix is all set to pen a story that will disrupt the VDI space to deliver end user value yet again.

Nutanix is executing on a compelling vision for a differentiated hybrid cloud platform that provides flexible environments and is easily paired with other cloud platforms, commented David Humphrey, a Managing Director at Bain Capital Private Equity. We look forward to working closely with the Board and the management team to build on Nutanixs leadership position and realize its strong vision for the future, added Max de Groen, a Managing Director at Bain Capital Private Equity. In connection with the investment, Humphrey and de Groen will join the Nutanix Board of Directors following the close of the transaction, which is expected to occur in late September 2020. 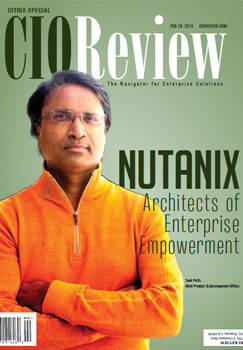